Finding Your Downloads Folders and Files

Using your web browser
The Internet browser you use when downloading a file can determine where the file is saved. Most browsers save a file to a Downloads folder in your User profile folder on your computer.
Tip
The fastest way to view your recent downloads in Chrome, Microsoft Edge, Internet Explorer, Firefox, and Opera, is to press Ctrl+J on your keyboard. After the shortcut key combination is pressed, a downloads tab or window appears.

How to Access Downloads Folder on an Apple Mac Computer from the Dock
The Downloads folder exists in the Dock of Mac OS by default, so unless it has been removed it will be there for all users to have quick access to by accessing the Dock at the bottom of the Mac screen. It will be located on the right side of the Dock near the Trash can. 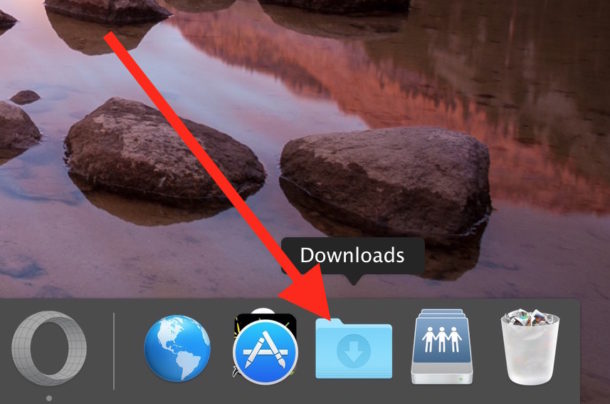 How to Access Downloads from an Apple Mac Computer Finder Menu Bar
The Finder menu bar also provides quick access to the Mac Downloads folder. From anywhere in the Finder, simply pull down the "Go" menu and choose "Downloads" 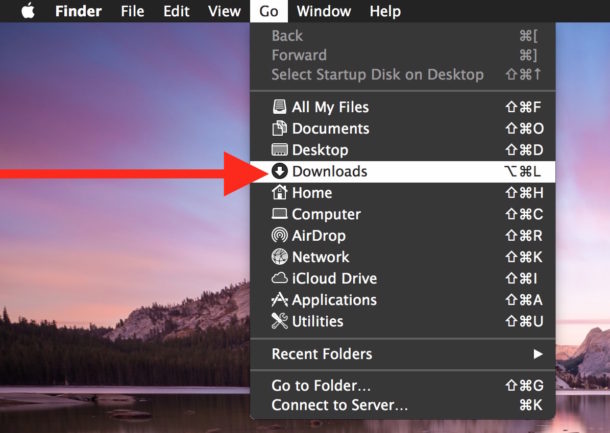 Searching for Downloaded Files with an Apple Mac Computer Using Spotlight
Spotlight can be accessed from anywhere on the Mac, all you have to do is hit Command + Spacebar to bring up Spotlight, then type the file name of the downloaded item you are searching for.
You will find the name of the download file in the email you received after placing your order with the subject of "ITVV: Download keys for order #123456789". It will say something like: -
Filename: 5028940030319-PAL-DVD-5.iso 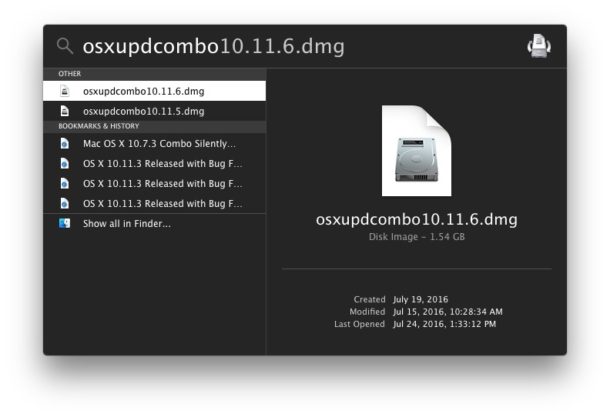 When you find the downloaded file in the Spotlight search result, you can hit the "Return" key to open it immediately, or you can hit Command+Return to open the folder containing the file instead.
View Downloads on an iPad and iPhone
On the iPad and iPhone, downloaded files are not saved or stored in a single location. Instead, downloaded files are associated and accessible through compatible apps.
For example, if an ITVV iso file is downloaded, it can be viewed through the free VLC Media Player app. To find a downloaded file on your iPad or iPhone, open the compatible app and use it to view the file.
Another option is to install a file manager app on your iPad or iPhone, such as the File Manager & Browser app. Using a file manager app, you can organize all files on the device, making it easier to find them. If your iPad or iPhone has iOS 11 or later running on it, you can install the Files app to organize and manage files. The Files app also allows for syncing of files with the iCloud Drive and third-party applications like Dropbox.
View Downloads on an Android Phone and Tablet
Android phones and tablets include an app called Files or My Files, depending on the brand. The app displays all files on the device, including those downloaded, listed in chronological order.
The Files or My Files app is found in the app drawer. Open the app and tap the Downloads option to view downloaded files on your phone or tablet.
If you don't like the default file manager app, another option is to download and install the Files by Google app, available in the Google Play store. The app helps you organize all files on your Android phone and tablet, and gives you easy access to downloaded files. It also includes features for clearing app cache and deleting junk files, which helps to regain storage space on the device.

Well here we are all bright-eyed and bushy-tailed ready for the coming year! We hope that you all enjoyed the holiday break?

We would like to wish all our valued customers around the World a Very Happy New Year....

Playing the programmes with VLC Media Player is brilliant. Will be buying more.

Really fast download and great service as always from ITVV

I would just like to say "thanks" for the great service you guys have given me over the years.

Love it. Great value and quality. I am storing mine on USB Memory cards. No issues with playback....

Arrived soon after I ordered it, it was a lovely surprise. Really nice, well informed crew on a...