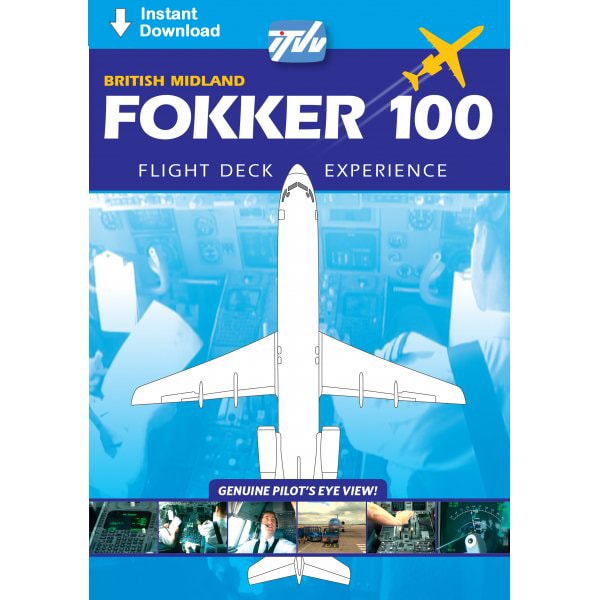 An absolutely excellent programme and a real inspiration to anyone wanting to pursue a career in aviation.

If you have watched the Go B737 then this is a must too.

I just want to say that yours are the best.

In this programme the CAPT. and FO. Explains everything really clear.

I have 7 programmes and all are really nice and well explained, so far I've been able to understand them.

Kudos to Captain Lawrie and FO Mclean for a job well done.

I was very impressed with Euan Mclean and his poise - he has good camera presence.

I would almost venture to say that Euan Mclean was as good as Captain Nick Stein in the Debonair programme - he was almost that good!

Thanks for the great ITVV Platinum programmes - the quality is great.

I have watched this programme over and over and will continue to do so.

I have an unquenchable fascination to view take-offs and landings through cockpit windshields.

Also, there is much to learn.

I love studying airline piloting and your programmes make that possible.

Discovering your programmes was a dream come true for me. Your filming clarity of instrumentation is superb. I follow EVERY detail.

Also, your audio is super clear.

I have a collection of your programmes.

I am a private pilot with a passion for flying. I love in-the-cockpit presentations with good audio, good programme, and good technical
presentations.

I cannot say enough in appreciation for ITVV production efforts.

My daughter should shortly be ordering for me the Boeing 767-300ER Leisure International Airways flight from London, Gatwick
to Orlando, USA with Captain David Henry. I have large super clear training posters of the entire 767 cockpit. Should be a grand
learning experience.

I am a flight simulator enthusiast and duplicate the ITVV flights on my computer.

I also follow the flights with real airport diagrams and approach and departure plates.

Not much to say other than brilliant.

Having recently purchased the Fokker 100 programme I would like to say how fantastic it is.

The attention to detail is great and the quality of pictures and sound is equally as outstanding.

I congratulate ITVV and also the pilot and co-pilot featured on the programme that very eloquently explain the features of the aircraft.

I especially like the landing configured aircraft at the gate. An unusual view!

Concorde apart I think this is the best so far

I have recently bought the programme and it is really cool.

I did learn a lot of things about the aircraft.

Well here we are all bright-eyed and bushy-tailed ready for the coming year! We hope that you all enjoyed the holiday break?

We would like to wish all our valued customers around the World a Very Happy New Year....

After recently completing my collection (having gradually purchased the entire ITVV catalogue), I...

Loving the DVD downloads. Watching on my Windows 10 computer using the VLC Media Player - no...

I had a lot of the old VHS programmes and am now downloading the DVDs to make my own disks to...

Playing the programmes with VLC Media Player is brilliant. Will be buying more.